Hoffnungsbaum e.V. in collaboration with three sister organizations in Europe and the U.S., has awarded two MPAN grants to advance research priorities in mitochondrial membrane protein-associated neurodegeneration (MPAN) identified during an expert workshop on MPAN. MPAN is one of the four most common Suptypes from the group of diseases whose generic term is "neurodegeneration with iron storage in the brain."

Dr. Lena F. Burbulla of Ludwig Maximilian University in Munich, Germany, and Dr. Rajnish Bharadwaj of the University of Rochester in New Jersey, USA, each received one-year research grants of $70,000 to study MPAN.

The funding was made possible through an international collaboration involving not only. Hoffnungsbaum e.V. the NBIA Disorders Association in the USA, Associazione Italiana Sindromi Neurodegenerative da Accumulo di Ferro (AISNAF) in Italy and Stichting Ijzersterk in the Netherlands.

In a late 2020 workshop led by Dr. Francesca Sofia, founder and executive director of Science Compass in Milan, Italy, researchers collectively discussed a research strategy for MPAN based on existing research data and assessed strengths, challenges, and trends in MPAN research to identify a set of scientific priorities. Details can be found here: https://www.hoffnungsbaum.de/aktuelle-ausschreibung-einer-mpan-foerderung/

Dr. Lena F. Burbulla from the Ludwig-Maximilians-University in Munich, Germany

Burbulla's research involves modeling human disease by creating patient-derived cells to discover new mechanisms underlying the pathology of MPAN. To that end, her lab is using induced pluripotent stem cells (iPSCs) derived from skin cells of people with MPAN. Burbulla's team will use these stem cells - which can theoretically be turned into any type of cell in the body - to generate dopaminergic neurons, known as neurons, which are known to be affected in the brains of MPAN patients. Dopaminergic neurons produce the neurotransmitter dopamine, a chemical messenger involved in regulating body movements, memory, motivation, attention, learning and more.

Mutations in a specific gene, C19orf12, are the only known cause of MPAN. The function of the C19orf12 protein, which is controlled by the gene, is still largely unknown. Using disease modeling approaches, the researchers will use a patient-specific model to study the function of the C19orf12 protein, particularly how the loss of this protein affects brain cells. Burbulla and her team want to find out how loss of C19orf12 function affects the health of mitochondria in these patients' neurons. Mitochondria are the "powerhouses of the cell," producing about 90% of the energy cells need to survive. When mitochondria are damaged, the consequences for the cell can be catastrophic, triggering a series of toxic events that eventually lead to neuronal death. Since the C19orf12 protein is known to be associated with mitochondria, its loss of function could affect mitochondria and have far-reaching effects on cell health and resilience.

The stem cell model will allow researchers to compare the MPAN cells to healthy cells and better understand the role of the protein. They will also look beyond mitochondria for disease-related pathology and investigate possible changes in the processing of the neurotransmitter dopamine in these neurons, as well as a protein called alpha-synuclein, which is known to accumulate pathologically in the brains of MPAN patients.

Alpha-synuclein is found at the ends of neurons in the synaptic cleft - the area between neurons where neurotransmitters are released to relay messages throughout the body. Abnormally formed or overabundant alpha-synuclein causes proteins to aggregate or clump together and inhibits the normal function of neurons. 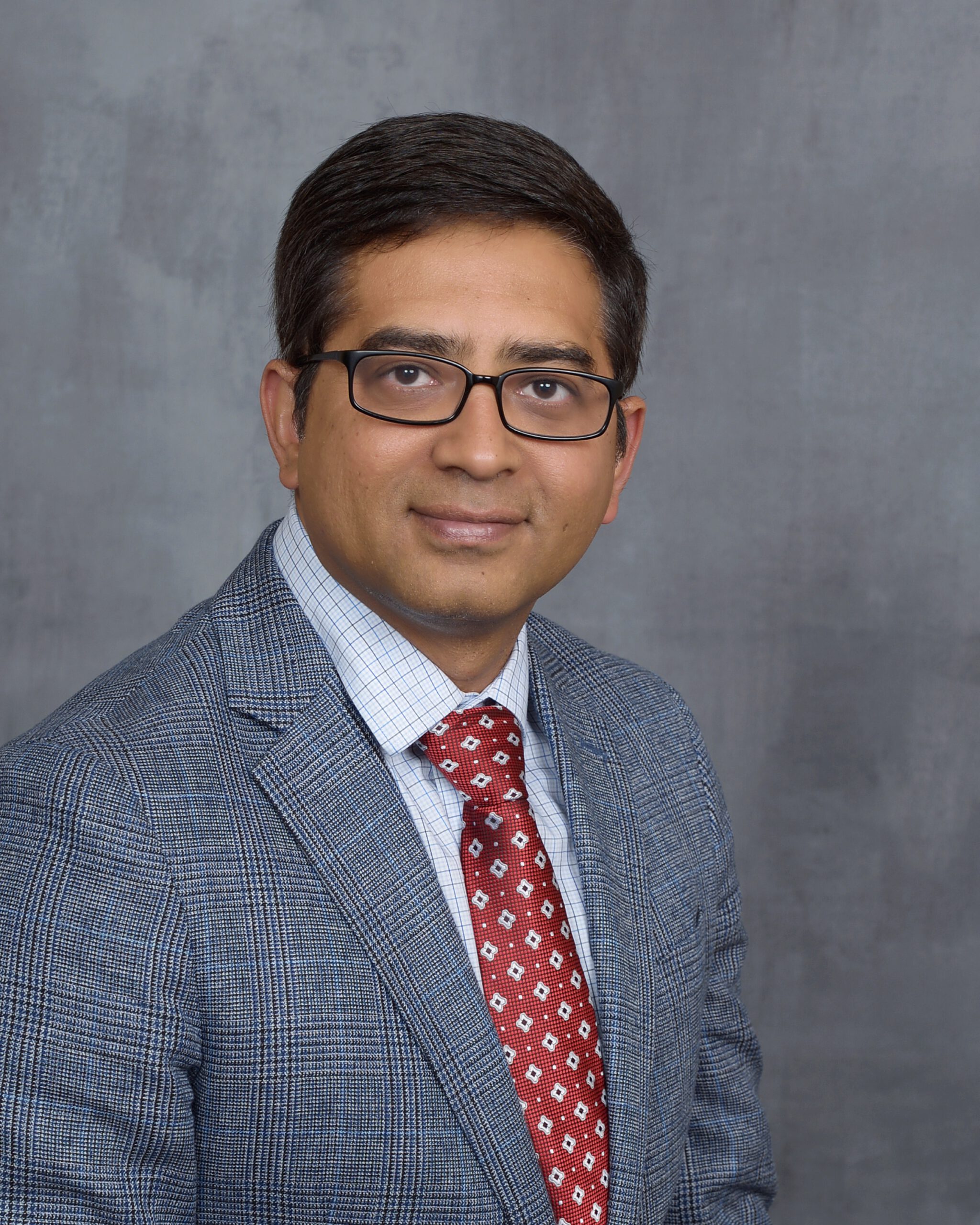 Dr. Rajnish Bharadwaj from the University of Rochester in New Jersey (USA).

Baharadwaj's research will focus on better understanding the proteins produced by the C19orf12 gene. His team will use models of fruit flies that have been genetically engineered to lack the CG3740 and CG11671 genes that correspond to the C19orf12 gene in humans.

Previous studies by other groups and his ongoing work have shown that the fly models have shorter life expectancy, movement deficits, and loss of neurons in the brain and retina. This suggests that fruit flies are a promising model for studying NBIA.

Overall, the creation and study of these disease models and the research based on them will improve the understanding of MPAN and pave the way for much needed treatment development.

Source: article "Two MPAN grants worth $140,000 awarded to further disease insights" in the NBIA Disorders Association's December 2022 newsletter. We gratefully acknowledge the kind permission to use content from the article. Translations made using the free version of https://www.deepl.com/translator

You have successfully registered!

*Mandatory information, you can unsubscribe from this service at any time.